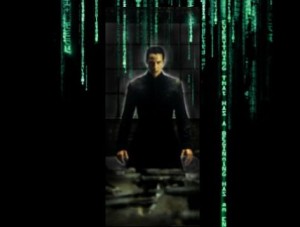 Warning: This is pure raw Karla editorial and commentary. There will be no apologies if you are offended because I'm OK losing a social media pal over this if it jars the sense into you even just a little bit...

In the past couple of weeks I have been witness to a heavy smattering of situations that lead me to believe many people have largely given up on struggling and fighting for what they really want and taking responsibility for getting it. They seem quick to give inwhen something is difficult or appears even slightly out of reach.

Social interaction and information may have become ber accessible in the past decade and a half, but that doesn't mean other aspects of 'life' have gotten any easier, and it certainly hasn't gotten less expensive, less competitive, less political, less dangerous - which logically then would lean toward it has gotten at least slightly more difficult.

They blame the treacherous economy on anything they can.

They have a sense of entitlement and want things handed to them - for free.

They confuse 'self worth' with 'paycheck', mistakenly assess their income potential as being much higher than it is in reality and refuse opportunity when it happens to not match their distorted notions.

They give a whole lot of credence to karma, faith and destiny, believe what is meant to be will be and they have little or no control over it.

While whining maybe cathartic is isn't generally productive except if you happen to corral an enabler or someone who just can't say 'no' who might give you a temporary fix; here's some money, here's a lead, here's a favor - now please go away. It will likely never lead to a solution in your life.

It's debatable whether the economy has had more peaks or valleys throughout recorded history when you factor in the fall of the Roman Empire, war, famine, plagues, natural disasters, the inquisition,slavery, the great depression, the holocaust,apartheid, terrorism, inequality, lack of social justice,on and on. Makes this recessionary situation we are crawling out of a speed bump in the road of humanity. Even the poorest of us in the USA have means or access to them. Acting like the 2008 recession is the end of the world is complete lack of perspective. Call me cold, but that means even in the face of unemployment, low wages, home foreclosure, vehiclerepossession and taxes. What place will this period have in the history of the future? It may not warrant more than a couple of sentences in a text book in 30 or 40 years.

Everything has a cost whether it's in currency, goods and services barter or time. Everything. Nothing is for free except birth and death. We inherited a nasty system perpetuated and bestowed upon us. Are you willing to sell something on craigslist oreBayto have the money to buy the ticket to the conference or networking event that could change your life? Are you willing to work two jobs to save for a down payment? Will you curb your spending habits to repair your FICA? Does the emerging culture of self gratification get in the way of saving $2.50 per week to sock away $75 by October? Can you do without in order to have or have you been falsely empowered by walking away from debt you created? Are you willing to break a sweat volunteering or giving away information in order to be recognized as a great candidate or are youroboticallyjust flooding cyberspace with your resum for the umpteenth time?

People confuse cost of living + discretionary cash wants with salary requirements, while marketable skills + supply and demand +organizationalbudget determine salary offers. 'I am therefore I deserve X" is not a formula.

Do you feel like you've never had so many friends before? It seems we arealwaysbusy facebooking, tweeting, IMing, emailing, G+ing, Flickring, Tumblring, texting and sometimes even calling people.. It's a mind game. They are not all your friends. Until a real rapport and a working relationship is built with confidence, breath and width, they are acquaintances. Don't lose perspective and deviate your priorities to make me or anyone else you know intimately by icon only more important than things and people that really are important - it's a really dumb mistake.

Take a deep breath and stretch... feel your muscles, the air in your lungs, the thoughts in your mind, the saliva in your mouth, the urine in your bladder.. now pinch your self. You are in the here and now - unless we are in The Matrix of course.My advice is to relinquish real belief in the supernatural (let's compromise; you can keep the time honored hokey traditions if you want) and accept that the law of cause and effect states that every action causes a reaction, which, in turn, is itself an action that causes other reactions, and so on. Everything we do sets off a chain of events that extends far beyond our control. Within this process, negatives seem to perpetuate negatives, while positive actions seem to set off positive chains of reaction.

These are few things in life we don't control - granted the ones we don't are biggies; we don't control our birth or the body or mind we are born with orchronicor terminal illness, with some exception the circumstances and timing of our death, and we indirectly may influence some natural disasters. Other than that we run the show........... make it an Oscar winner or a comic tragedy - the beauty is that you get to choose.

It requires great tenacity and growing a set (no need to explain right?) to get what you want. You must be driven and willing to take calculated risk. If none of that sounds like you, expect to be left behind wafting around like a dust bunny on a breezy day that gets stepped on a lot and eventually lands in a corner somewhere.

Nice blog post. I couldn’t agree with you more. I see a lot of people who are perfectly happy whining and complaining but then do nothing to change their situation.

I am particularly frightened by the inability of people to question themselves or how their own actions contributed to the problems in their lives. If you don’t understand how you got there how do you expect to get out ?

I’ve said this many times on my own blog: put down the game controller, stop facebooking and tweeting and go out and DO SOMETHING: read a book, educate yourself, talk to people IRL. Anything but sit there and continue doing the same crap you are doing now.

Melissa – The complacency you speak of is very interesting. We don’t like change, change is hard and often very painful. We are amazingly adaptable and have exceptional survival skills. If someone is ‘happy’ with their life – no matter what the conditions for them are, living in a tent, no discretionary income, no goals – then I am happy for them, we get to choose how we want to live. It’s probable this is an attitude epidemic and that even if whiners won the lottery they wouldn’t stop whining. It’s a characteristic. Sad one at that. I know unhappy people at every level of the economic strata. Healthy self-esteem, good decision making skills, introspection, a vision and positive attitude sail the human vessel.

Karla, as always, I admire your courage to share your thoughts that may not be embraced by all who read your work. I would agree that we live in a world that is increasingly entitlement-driven and where people judge success by appearance and materialism. It’s the “Reality TV” or “American Idol” effect — where we believe that we can become a star “overnight” rather than sacrificing and working hard for years to achieve a dream.

Doug – ‘Increasingly entitlement driven’ is right on, one of the side effects of being conditioned by instant connectivity and access in the digital world.

Kala, interesting perspective as usual. I haven’t read your blog in a # of months. Your writing skills are impressive. I stayed engaged in the article and was a little disappointed to come to the end. Look forward to the next one.

Joan – Glad you visited. Sometimes I don’t like when they end either… makes me think about writing a book(s).