Thank you for inviting me to guest post on your blog. My husband Jim and I have 7 relatives from Florida to New Jersey who are school teachers, all unionized. I guess you could say I have some compassion for school teachers. 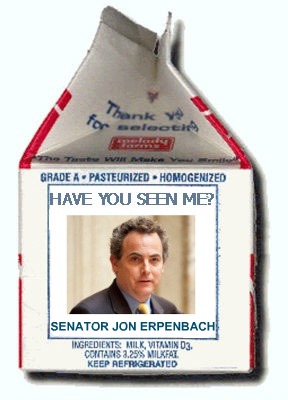 Watching the democracy in action going on in Wisconsin is exciting, but the reasons for protesting and political games are wrong on so many levels. I wont pretend to know the numbers that are being spent in Wisconsin for education. But what I do know is that 46% of my homeowners taxes for the county I live in go to state and local education funding. Thats a pretty large chunk of the pie. I do not oppose the amount being funded to the education system, but when you think about education being the recipient of more tax dollars than any other government entity, and see the protests in Wisconsin by teachers wanting more benefits and salary, its kind of sickening.

They have every right to protest and assemble peacefully, but their reasons are misguided at best. Can you imagine if the school teachers in this country put that much effort into reforming education for the kids, how much better off our kids would be?

But the wrongful part is not just about salaries and benefits and negotiation rights. These teachers should be thankful that given the current economic woes THEY HAVE JOBS! At least 5 to 8% of the students sitting in their classes every day are going home at night to households where there is no income and when put into that perspective, it makes the teachers look like the spoiled employees that some folks believe they are. Dont get me wrong, I know there are teachers who have the cushy side of the job and then there are those who go to schools every day that are dangerous and miserable, where they get no respect and end up as glorified babysitters for students whose parents dont give a damn.

Oh! The politicians involved in this Wisconsin case? Beyond ridiculous on both sides. Any politician who runs and hides in another state when they were elected by the people to take a stand and be present for voting one way or another, should be fired, impeached, or fined. They took oaths, they made promises, and turn into cowards when the going gets tough.

In another economy, another time when the country is in better shape, the teachers might have a valid argument. But we are at war. Money is tight. Men and women of our military who make much less $$ than school teachers put their lives on the line every day for our right to protest. The Wisconsin activities just seem selfish and wrong at this time in history. Could you imagine what might happen if members of our military, fire departments, police forces, and any other low paying positions in this country just walked off their jobs?

Karla, in your current position - you serve your community. What would happen if you walked off your job tomorrow? No offense, I know you are special but they would probably replace you in a short period of time.

Brenda – Here is an interesting interview with MIA Erpenbach that explains (at least from his perspective) http://sn.im/23ome3. I was comprehending until I came across this: “Again, just to give you an idea of the unions and the impact here in the state of Wisconsin. Deer hunting is a big thing. It goes back generations and generation and generations – just like unions do. In a lot of households in certain parts of the state of Wisconsin, they go back generation and generation. And to have it one day and to wake up the next morning and not have it is a pretty startling change.” That just sent me into a head shaking tizzy…

Brenda, as always, you get right to the heart of the matter. Great post. Great writing. Great message.

Thanks for the vote of confidence.

Just to be clear, Brenda..if you're employer came to you tomorrow and cut your salary by 10%, and took away most of your workplace rights, you would still be thankful that you still have a job? No complaints whatsoever?

One last question…what action would be worthy of walking off the job? What if this was a repeal of the Civil Rights Act? The Equal Pay Act? The repeal of the 19th amendment granting you the right to vote? Why does this action by Walker not compare?

I read the interview with Erpenbach. I still feel he was elected to do a job and he should be there to argue the points. I know unions have been around for many generations in this country, but things change. Yes, it would be tough to wake up one morning and have it all taken away from you – I can think of many situations in history where cultures have lost everything whether it be natural disasters, war, or politics that made it happen. It's never fair, but sometimes we have to adapt to certain circumstances.

My work situation at the moment is 'void.' It's something I MUST live with until something changes. Of course people have the right to complain about lost benefits or less salary, but it is what it is. Our government is out of money and we are all suffering the consequences.

As for anual salaries – Florida is one of the lowest in the union. I heard a young man say last week he just landed a job as maintenance worker at our local Holiday Inn and he was beaming from ear to ear when he told everyone he would be making a whopping $7.50 per hour….he is not a high school student, he is a grown man with experience, and very glad to have a job to help support his newborn child.

As for your question of what action would be worthy of walking off the job – I've heard some bad stories of what school teachers have to put up with from rebel teens and how awful some of the students treat them. Physical danger. With the exception of law enforcement, military, and firefighters, most people do not sign on to put themselves in physical danger – that would be a good reason to walk off a job.

I am not saying this action by Walker is right, I am just saying there are folks out there who are hurting worse than school teachers and they continue to go to their jobs everyday so they can support themselves and their families. I am not going to defend Walker. I am also not going to argue the 'what ifs' of a situation that may or may not happen. But government cuts are going to be needed in every state, or we will ALL wake up one morning and it will be gone.

Matthew – My family has also suffered some of the same losses, my husband was a firefighter and there were years he didn't get cost of living raises and benefits were eliminated. At this very moment, he is working for less salary than he earned 10 years ago. We HAD to adapt!

Here are some additional circumstances surrounding the situation: 12 Things You Need to Know About the Uprising in Wisconsin http://sn.im/23v3t3.

On another note, it is great that we can still protest in this country without having bombs dropped on us. We still live in a Great Society!