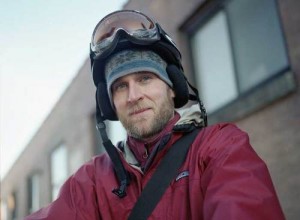 I can't imagine the feeling Shea Gunther had when he hit the send button on an email blind copied to applicants of a writer job he posted on craigslist. Cathartic relief and accomplishment would be my best guess.

The amount of disappointed job seekers would fill up half the little American hamlet I live in, 900+.

The second thing to note is that Shea replied to every applicant, something jobs seekers are highly critical of these days - lack of employer follow-up. After all, it's a lot of hard work to target and construct a great rsum and cover letter and send it out. It could take hours of work. He didn't miss this important step in recruitment best practices - not to mention professional etiquette, businesscorrespondence deserves acknowledgement. Heaven forbid it didn't arrive OK to the inbox.

He gets a big gold star.

How about reading 900+ rsums? How long would that take? To put it in perspective, the standard two page version would require about four reams of paper. Not to mention theoccasional cover letter that should have made it but in too many cases likely didn't. I'm going with six reams of paper. That's more than 1/3 of a tree (had he printed them all out - I'm taking an educated guess that he did not).That's bothersome to me because so many of those rsums would be completely unqualified and a waste. Not a waste of paper, because I just said I'm SURE he didn't print them all out - a waste of time. A lot of time. A lotta lotta time. Theirs and his.

He gets another big gold star for reading 900+ rsums for one job and not going crazy. Or did he?

The typical candidate rejection letter goes something like this:

Thank you for your interest in the Writer position you applied to. Though you had many of the skills and qualifications required for the job, you were not selected. Please note, your rsum will be kept on file and should a position become available for which you are a potential match you will be contacted.

But not Shea's rejection letter. All those hours of pile A, pile B and pile C (for circular) - clearly he saw some trends going on. Why not compile them and educate the masses? Shea's 3,000 word 42 point candidate rejection letter, outed here to Gawker by a whiner (we just had a discussion about whiners here if you missed it, or need to read it again) thoughapparently highly unappreciated by some, did just that.

Gawker writer Emma Carmichael helped set the tone for negative feedback by titling her post42 DOs AND DONTS FROM A DICK. Excuse me, did she say a dick? I see it as free AWESOME coaching he could have charged some big bucks for and made enough money to go on a much deserved vacation after all that hoopla.

Shea retorted in a post on Salonand recounted what inspired him to send the lengthy rejection letter and the absolutely vile things said to and about him in comments, as well as the replies he received thanking him for such good and honest candidate feedback.

By the way, it's a really good example of 'we are the media' when an email makes it to an online digital rag who posts it for the world to see... Don't want what you write to reach the world's eyeballs? Have a face to face conversation in a public place after patting down the other person for a wire, pen recorder or other spy paraphernalia, otherwise you simply cannot be sure it won't happen.

Though the advice Shea gave in his email was directed at candidates for the particular job they applied to, the advice is golden and valid for anyone applying to any job. Need the link again to read it?

I have helped candidates, coached them when I didn't have time, sent them resources to help them, even reformatted more than a few rsums in my time. But I have never taken the time to provide this level of acute care.

Shea gets a third gold star.

What are your thoughts on his advice? Is it as brutal as some made it out to be or is it simply brutally honest good advice?

I agree with you Karla, I thought Shea’s response to candidates was inspired. Those applicants who are smart enough to set their egos aside and follow his suggestions will be about five years ahead of their competition in the job market, especially the new graduates that some have argued needed to be sheltered from the realities of the world.

Karen – @Neilbytes is always on me about how much he hates dealing with HR people, what a pain they are, how they get in the way and how they miss the right person for the job. He sounds pretty typical of the kind of person that wouldn’t take the feedback in the best way, the way it was meant to serve a large number of people… constructively, to help them.I agree with you, this type of targeted coaching would put anyone applying for a writer’s job 5 years ahead of the competition, especially emerging professionals.