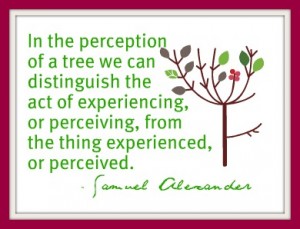 I had the kind of erratic night that has become my norm, sleeping in spurts interrupted by a sin fn variety of internal and external rotating distractions. I went back to sleep at 7:30am and gave in to Nena's whiskers tickling my ear three and a half hours later.

I don't know what made me go to TED when I woke up. I clicked on science and then around the visual map of talks. Daniel Tammet: Different ways of knowing tugged strongly at the cursor. I had a side conversation with myself as I got up to let Nena out, give her and the cats breakfast and make coffee.

"I've had the LinkedIn app installed on my Blackberry forever and never received a notification of an update.. They would let me know right? Let me check while the caf lungo brews. I need to chart the fifty-eight facets of self. They're screw ups, I knew it.. can't believe they didn't let me know. I think it's horrible that people push cake into your face on your birthday or wedding, wonder how that tradition started, I'll have to look it up. I need to review the employer documents for the internship program. Whose right, Zuckerberg or the Winklevoss twins? Wonder if it's really true that we're done evolving because we're too numerous and spread out? It's a shame I won't be here to find out. When are we going to have a presidential candidate who is a rational and doesn't buy into fantasy? 11 (plastic forks), 3 (cinnamon rolls), 2 (bags of cat food), 12 (pleats in the curtain). It won't happen, they'll all pander to the superstitious belief of the masses and drop hints of supposed spiritual guidance like a secret handshake or outright claim to have a bat phone connection to a god who requires adoration in this life for a magical eternal life after death and promise to help us all by invoking divine intervention. Maybe I won't be able to vote this time. Fourth of July in Boston. Great, now I have this to think about for a year and a half. Wonder if I would do as well in public as the man with the severe face trauma in Target the other night, I really admire him. This house should have a build in Roomba. I need to move ideas out of my head and into implementation faster. 'My baby takes the morning train, he works from 9 to 5 and then...'Why is Sheena Easton in my head?"

Coffee done, dog back in the house. TED talk on...

I watched Daniel Tammet speak and at the same time, and surprisingly for the first time, thought deeply and purposefully about how my senses process stimuli, how I interpret the results, what I do with the data and about how I express the impact of the results externally.

I'm fine with the multiple rapid fire conversations that merrily go on in my head concurrently, but sometimes when I speak I'm conscientious of the staccato sounds coming out of my mouth as my brain works furiously to painfully funnel only one of them to my tongue. Sometimes I'm good, sometimes I say the wrong word. Sometimes it's in the wrong language. Sometimes I can't decide between several so I move one to another thought. I can see how much effort it takes sometimes by the screwy faces I make when I watch myself on camera or in the mirror. If I'm very busy in my head it doesn't come out right at all so I just don't talk. I don't like talking with a lot of people at the same time, only one or two.

We size up and judge most every aspect of an individual in a matter of seconds from physical characteristics to attitude. Human nature is to judge and we clearly all have preferences shaped by our own will, by our environment and formation by others. Yet, how we are wired is not up for judgement. In some things, we just are. Daniel's talk on perception is exemplary not because he is autistic or a savant, but because he demonstrates that our perceptions often do not adhere to any type of standard but our own.

In the office, at the gym or on the street, next time you are tempted to judge someone's expression of thought or actions remember that your perceptions of them are based on how you are wired, not they. When it comes to humans, X = green is not algebraic. It has different answers.

p.s. Do you have one minute conversations with yourself like mine? I want to know.

p.s.s If you click on this particular talk on the TED site, you'll see the comments are as interesting if not more so than Tammet's talk. Be careful how you judge.