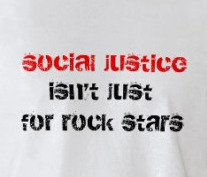 Except for the minority silver spoon crowd, most people work hard for their money and reward themselves and their clan with material possessions of excessive comfort when they can, above and beyond basic necessity. The person with the biggest mansion, most money or friends, best looks or highest bowling average doesn't win and when you're dead it doesn't matter. Though it's natural to not want life to end its inevitability is cause for some to want to leave a legacy. Legacies are usually not about how rich you were but what impact you had on society - positive or negative. And while often that has something to do with philanthropy, perhaps more often than not it doesn't. Plenty of people go down in history for other than their economic status...... Money and infamy are not necessarily bed buddies.

Just like arguments over which religion is the true one or if god(s) even exist at all - the debate over the right type of government is one that has no universal answer, just personal preference. Ultra conservatism, left-wing liberalism, safe non-committal centralism, there must be as many terms for political viewpoints as there are religions, which in some countries are all tangled up to begin with.

So, I want to know what the big deal is in regard to trying to make life tolerable for everyone when in the end we are all going to die and -

You can't take it with you

Why are we so callous and hard to the core that we are capable of watching those without and allow it to happen, able to sleep at night knowing others are hungry, ridden with illnesses that have cures but not medication, having picnics and going to parties while there is genocide and war going on? It matters that it's in another country, state, town or home? As long as it's not us, it's OK?

Social justice doesn't have to come from a religious perspective or a socialist or communist one either - regardless of what Glenn Beck says.

I could give a flying crap about the political process, - Beck tells the new issue of Forbes magazine (Forbes.com). "We're an entertainment company."

Though it's likely not achievable in any society it's a an concept to strive for and a bar to aspire to. The human condition and inevitability of death aren't sufficient bonding experiences and motivation enough to do not only what one can for oneself but to utilize intellect and ability as appropriate to do more, to use those qualities so that others might experience a more humane life or simply have the respect they deserve?

Why don't we want this for others, demand it for everyone? Help me out here....

Karla:
I agree that in the end, we all will die and “you can't take it with you” so true. So the question that begs to be asked is While we are still living, breathing, and working.. Can't we all try to make the world a better place?.. The Michael Jackson song “Heal the World” speaks to me. And another little nugget of information is true too.. Just when you think your life is so bad………. there is someone far worse off than you are. We need to be a lot more compassionate and give and help out one another.
We can all agree to disagree. But let's all try to work together and give back:)
Nice post.

Previous article
A job as a Relationship – Is it a Fit?
Next article
How Can HR Help Drive Up Employee Engagement?