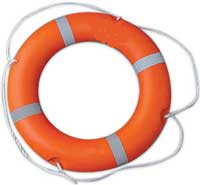 Companies learned to run lean and mean like never before during this past recession - oops, be careful our toes are about to dip in again.. largely due to the manywindfallsrealized intechnology overthe past decade - wait stop right here:

Haven't too many of our jobs been outsourced?

Hey, it's better to pay some guy pennies on the dollar in some gristmill in Technostan, where the technical education is just as good and just about free, to do the same work and raise your profit margin - with just a handful of trusty project managers you have to pay a real living wage to stateside, right?

We want to use technology to make life easier - not to be theschlepgeeks that have to wrack their brains in universities figuring out how toprogram and engineer it (many thanks to those who are exceptions ). It's so critical a problem we have to have a government sponsored STEM initiative in the schools of this country to promote the virtues of a career in science, technology, engineering or math.

Who wants to actually work in a sewing factory or do any kind of production work or take calls from cranky people all day for that matter for 9 bucks an hour?

Hmmmm... Let's see, buy American made products or shop at the big box for cheap imports and stretch the paycheck? That's not even a mental debate most people have.

Employers realized they had no need for all those workers they let go when they could cut back and press on. They will not hire them back but they will continue to enjoy the increased profit margin realized on the backs of those retained who now do two and three jobs for the same salary - and no increase or bonus.

Workplaces, and in return workforces, are less healthy due to less resources and increased stress, translating into burn out and average of 48 month tenure, knowledge drain, surge in societal issues and demand on public and institutional resources supported by government funding - which due to the national debt crisis, in turn due in large part to sustained high unemployment - have been drastically cut.

Most companies would like as many tax cuts as possible and to have as cheap labor as possible, resulting in as big of a profit margin as possible. For profit business is largely non-altruistic, save for their foundations, which are necessary tax shelters. Face it, they're in it to win it and they have every right under our system to be.

In our knowledge based economy, our workforce no longer wants to do labor jobs (or demands more compensation than the market can realistically bear - typically through fat organized labor union contract negotiations) on top of it, yet we do not wish to regularize the many millions of illegal immigrants who strain our resources - who willingly do the jobs at fair market value.

We want to be gluttonous as a nation, have our cake and eat it too.

It is inevitable that the debt ceiling will be raised, we have no choice - we must pay what we currently owe, though none of us currently alive will ever see the liquidation of the incurred debt we have on our national plate.

Independently however, is the question of how we move on in the future.Who do we want to be and how will we achieve our goals and sustain the outcome?

We can't go back to the 1950's way of life and economy. We need to have serious public policy forums that lead to decisions on strategic planning.

What's your advice for the puppet masters?

I think our politicians want the 99% of the populationto just go die and the sooner the better. Someone tell the Tea Party that we cannot go back to the 50’s since they are the ones screaming at the top of their lungs that they want to take back our country. As long as people are sheep there will be no change. Zero point zero. I have no faith in our leaders or the sheeple who vote. I think we need another civil war (or we break up into two countries). Otherwise, we will have business as usual.

Interesting take PGM – But if 99% of the population dies there wouldn’t be a need forpoliticians.. lots of seats would suddenly become available in the House.. It would be great however if you could work on taking down the TOP – I’m not going back to using a Selectric =) I like the 2 country idea. The United Red States of America and the United Blue States of America. I vote but I would never consider myself a ‘sheeple’.

Previous article
Ruminations on Google+ as the new positive G force
Next article
Do you have a pitch in your pocket?