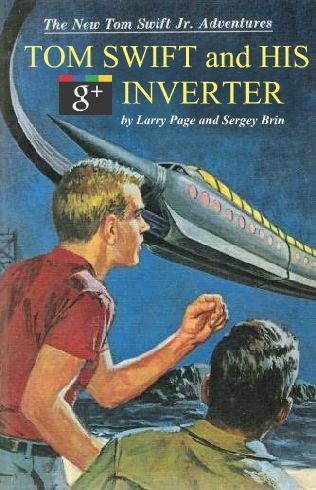 Positive G Force: def. The G force exerted on the human body in a headward direction during acceleration

Although actually a measurement of acceleration, the term g-force is, as its name implies, popularly imagined to refer to theforce that an accelerating object "feels". These so-called "g-forces" are experienced, for example, by fighter jet pilots or riders on a roller coaster, and are caused by changes in speed and direction. The relationship between force and acceleration stems from Newton's second law,F =ma, whereF is force,m is mass anda is acceleration. This equation shows that the larger an object's mass, the larger the force it experiences under the same acceleration. - Webster's Online Dictionary

Google+ is the new positive G-force

A few weeks ago on Google+ launch day, the value of the social web accelerated exponentially with positive g-force.

I like portals and command centers (throwback to the military?) and as a compliment to the extensive suite of many other very fine apps the big G provides, Google+ promises to provide the one-stop communications command center I have longed for.

Over the past few weeks I have been informally polling people from various professional backgrounds, "Are you on Google Plus" I ask? The typical response is "Oh that new Google Facebook thing?" So, while there have been several very good tutorials to share written by other bloggers, my thoughts are that there is no need to recreate the wheel .... I have enough work to do. I choose to share the best by far - it comes right from the source.However by all means,add your favorites in comments - please.

Until the launch of Google+ I was a Mozilla Firefox maven. But, the same day David Graziano hooked me up with an invite, I decided to take the final plunge into the Google pool of goodness and go Chrome.What I have found immensely useful are a few of browser extensions to customize the experience.Since I added the extensionsI have spent little personal time on other social networks - with the exception of LinkedIn (yes it is). If I didn't manage so many Twitter and Facebook Fan Page accounts I doubt I would continue to spend time on them at all.

G+me for Google Plus - Enhances the Google+ web app to make it much easier to process a large stream of incoming posts and comments and unlock the potential of its real-time updates.

Plus One (+1) Button - With this extension, you can 'Google +1' all web pages and websites. Great for sites that do not have a +1 button installed (hellooooo ST).

This week, Google pulled out all the stops with a campaign to convert holdouts of email accounts from other web based email providers over to the dark side. I approve of this type of conversion...

Previous article
I heard you can apply for jobs on the Internet, is that true?
Next article
The opportunity to earn a living should not be political