Recently I attended a community leadership meeting at the stunning Radisson Lackawanna Station, a six-story landmark that offers timeless elegance and modern services while maintaining the historic building's original glory. Previously serving as a passenger train station, the beautiful neoclassical structure is listed with the U.S. National Register of Historic Places and received the 2011 Renovation Excellence Award. If you visit Scranton, PA, stay or visit - you will not be disappointed.

The purpose of the tecBridge meeting was to discuss major economic development strategies for #NEPA570 - or more properly known as northeastern Pennsylvania, and how the organization fits with those strategies.

This is a region of 13 - 16 counties (or more), depending on who is defining it. In no particular order of attributes, it is largely rural, on the Appalachian trail, old Anthracite coal country, new Marcellus Shale country (with both the economic benefits and environmental concerns that come with it), fictional home to the TV show The Office, and beauty and tourism of the Poconos. It's also home to 16 colleges and universities, a small but budding startup community, a transportation and logistics infrastructure and corridor, significant demographic and cultural changes since 9/11, low wage earnings, high unemployment, and brain drain. The hub is the Scranton/Wilkes-Barre/Hazleton metro area, population 563,631 (2010 US Census) which is comprised of the two most populous counties.

The cobbling of counties in the northeastern quadrant of the Commonwealth started to use the current day definition of 'region' about 15 years ago, though there have been several attempts over the past 6 decades (+/-) to define and reinvent itself, reel from the continual increase in an aging population, childhood poverty, low high school graduation rates, and weak economic development, to bring back the might of the infamous anthracite coal cracking days which fueled the industrial revolution. Like other communities across the country, it has misfired in its attempts to hedonistically focus on low wage earning manufacturing and contact center industries - even worse, offshored almost as soon as they began to make a positive impact on high unemployment rates.

As modern day technology created opportunity in other areas of the country, ambitious youth largely packed their bags and chased it - it rooted here in its infancy through university systems but never really took off as a real job creator. Despite a $15 million Workforce Innovation in Regional Economic Development (WIRED) grant from the U.S. Department of Labor for projects and programs associated with training the workforce in the region in order to further encourage New York City-based companies to establish their back-up and back-office operations in the ten-county area (Berks, Carbon, Lackawanna, Lehigh, Luzerne, Monroe, Northampton, Pike, Schuylkill and Wayne) - back-up and back-office largely never materialized. 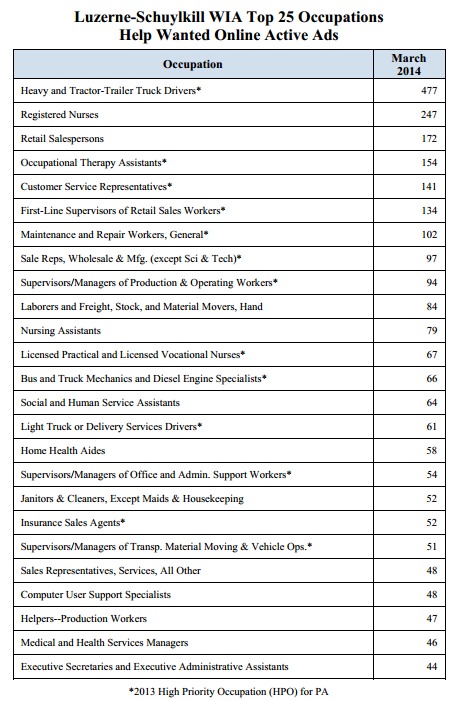 The strategic plan recommended in the Great Valley-Pennsylvania's I-81 Technology Corridor: Growing a 21st. Century Knowledge Economy in Lackawanna and Luzerne Counties report by the Battelle Memorial Institute in 1999 was a massive undertaking that was never sufficiently massaged - though bits and pieces certainly were. To hear participants at the meeting wonder aloud if the report is still relevant made me cringe not ever so slightly. The region never completed its goal of transition from an industrial manufacturing base to an information-driven economy, though its economic development agencies embraced the concept and recommendations of the findings to develop a long-term plan to do so. Like so many long-term initiatives that start off in the right direction, valiantly and strong, this one waned under non-sustained leadership and lack of continuity, before it was realized.

The foundational macro objective to 'build consensus and a shared vision of the region's future' was never fully achieved. Though to qualify for large Federal and State grants you need a sizeable headcount, to get a quarter of the State with so many counties under its umbrella on the same page is perhaps too large of a geographic region, with too many local governments, economic development agencies and micro agendas, heck - even different cuisine and dialects, and not enough continuous leadership capable of viewing the 'big picture'. But by no means is it dead in the water.

Cheers to tecBridge for trying to reignite the flame. I'm curious to see where this goes and its role in forging ahead toward greater economic prosperity for a region that could seriously use a break. Seriously.

Karla, as always you offer clear thinking and excellent writing.

@Marty Wolff Thanks for stopping by and reading Marty. I always enjoy your visits =)