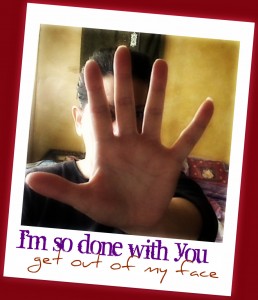 So much time and mental energy is spent on battles that are not worth engaging in. Certainly, some personalities are more prone to frivolous verbal karate than others. Think back and count the minutes and hours you have spent in debate, verbal duel and reproach of topics that a minute, hour, week, or year later did not matter. How much time have you lost?

Someone called me today to ask how to do it. How to move on, not take it personally, make wiser decisions about engagement in conflict, how to avoid it, how to choose which battles are worth it. I don't think she expected what I told her.

Transitioning back to the U.S. after 11 years of work in Mexico and Spain I took an entry level customer service rep position at the 15th largest on shore call center with full confidence I wouldn't be in the seat for long. They wouldn't hire anyone in a management role that didn't have call center experience. The fact that a company of that size and importance didn't have an onboarding or new manager training program is fodder for another post in the future - promise.

After having managed a vacation club (OK sure, it's really timeshare) sales room of 50 sales people and closers on the Mayan Riviera and a mega buku bucks budget, I was taking customer service calls about $4.00 products for the world's largest food manufacturer tethered to my cubicle by the umbilical cord of a headset. I spoke with people who purchased frozen entrees and claimed chicken uteruses in their food, not enough peas, misleading photos on the packaging and every foreign object imaginable and unimaginable on their fork or in their mouth.

To say that it was not the job for me at that point in my career would be an understatement. But I made the choice to get my foot in the door. I was keenly aware of what I was doing, it was a strategy. The place was only 5 minutes from my house! I gave myself 6 months to learn everything I possibly could about the biz and move up or out. It worked out exactly that way I intended and in 8 years I climbed up the rungs of the ladder 4 times. But that's not really the point of the story.

What IS the point?

Learning the business was fun and challenging. I went way above and beyond product information and procedures. I was interested in growth, remember? Yet the majority of stint in the seat was taking those calls and after a very short time they started to get on my nerves. Tons of nice people called too but soon I was answering calls in my dreams and on remote control during the day. I quickly had had enough of that front line stuff...

One day I took my doodling to new heights while on the job. I cut black construction paper into small tombstone shapes and stacked them like a memo pad next to my PC. While listening to nasty, stupid, entitled, A-driver types I would grab a colorful gel pen and write the caller's initials and an equally colorful epitaph.

"Loser logic got him nowhere"

"She proved that the customer is not always right"

"He accomplished his goal to irritate others"

"Incapable of a real life"

"She made chicken uteruses in food desirable"

"He financed college with free coupons"

A little additional glitter pen action and each offender of common sense was quickly and firmly tacked to my cubie wall graveyard. And then I was done with them. I put them out of my misery to their final resting place. It was cathartic and I could move on with a smile on my lips for the next mystery caller.

I shared other innovative methods of moving on too like reward from the voices in my head. This technique works awesomely. The voices ask me questions like,

"Do you really need to argue about this or would you rather a latte?"

"Is this relationship worth the effort or would your time be better spent checking Facebook?"

"Will this be important tomorrow?"

If the battle is that important to engage me it is revealed by being more important than having a latte and checking my friends status updates. That's rarely the case.

What techniques do you use to deal with unwanted situations, make wiser decisions about engagement in conflict, or choose your battles carefully, or do you just dive in with eyes wide open?

Previous article
The Future of Recruiting
Next article
What Gruzzles You?