How many of you Soldiers are in school or are planning to go?

That's how I started both of the presentations I co-facilitated as an advisory board member and volunteer for the NEPA Veterans Multicare Alliance (NEPA MVA)today on Chapter 33 The Post 9/11 GI Bill. I was pleasantly surprised to see about 90% of hands go up.

Ma'am, I started college before I was deployed to Iraq and continued when I came back. Then I was deployed to Afghanistan and now I'm in the Guard and working 2 jobs to stay ahead. I want to finish but I don't have a lot of free time, howcan I take advantage of my benefits?

Soldier, you've been to Hell and back, you can do anything you want to. 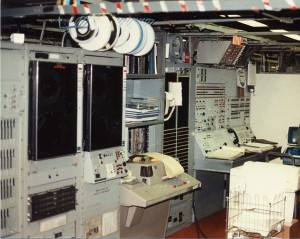 I was in harm's path but never in its way. Most of the time I was preparing secret messages on ancient equipment about what kind of socks the Russians were wearing in their troop movements as photographed by satellite imagery. Oh yeah, there were those Iranian hostages that had us on alert and walking around all our waking hours in charcoal chemical warefare suits, rubber gloves and masks for what seemed like an eternity and we were scared of WWIII till they were released.

The Baader-Meinhof Gang (Red Faction Army) disco bombings were bad andthose rolls of film we had to confiscate from Germans taking photos of the F14's taking off outside the perimeter that got analyzed then incinerated were largely amateur. There was that that stint as an SP when I got bit by a Japanese woman who wanted to commit suicide and take her 2 babies with her as I lodged my hand in her mouth so she couldn't swallow the pills. Human bites are nasty by the way.

But none of that was even close to whattoday's troops have been dealing with recently.

There is no doubt that today's military is highly incentivized with the huge carrot of up to a 100% paid college education to join and doubly so to "re-up". That means that more college bound youth join. Today's military men and women areintelligent, not afraid to take calculated risks, perform under pressure, are willing to go the extra mile, fiercely loyal, dependable, trustworthy, hard working andwell mannered. They have leadership skills and they're willing todo whatever it takes to get the mission accomplished, even if it means putting themselves in harm's way to get ahead. Just look at the lengths they're taking to be able to get a college education.

Doesn't that sound like the profile of someone you would like to talk to about a job req you have?

Today I'm asking you to recruit a Veteran. Chances are you'll be very happy you did. Here are some resources to help you in your search. Job postings and resume searches are FREE at these sites.

HireVetsFirstThere are nearly 2,000 One-Stop Career Centers nationwide where employers can go to receive assistance in connecting to and recruiting veterans. Or, call 1-877-US2-JOBS for direct assistance.

HireHeroesUSAHHUSA's mission is toprovide career placementassistance toall of our returning service men and women. The HHUSA program focuses onthe career placement of Operation Iraqi Freedom and Operation Enduring Freedom veterans,specializing in the placement ofthose injured or with any level of disability. Plus, you can downloadseveral nifty badges and ads to put on your job postings, website or blog.

HirePatriotsHire Patriots is to help veterans & communities connect for employment for both 1 day jobs & full time careers in order to help put veterans back to work which will allow the community to be able to show their support by hiring veterans in their local community.

Now what's stopping you? Move it!