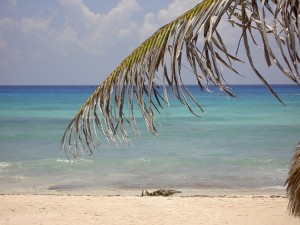 Sure, I mentally kicked back with Tim Ferriss' work a few years ago - You know that white book cover, with two palm trees swaying in the breeze and a hammock tied in-between, as I envisioned outsourcing my heavy lifting and made mental room for hobbies, writing my own book and tons of exotic travel. How many wage slaves and CEO's actually muster the lifestyle so attractively wrapped in the concept of The 4-Hour Workweek is info I wouldn't mind knowing, so I could write them fan letters.

Well, I do know of one guy who rocked it for a while in more ways than one. A six-figure earning talented dude. I would call him smart except that he got some things wrong ( I really have no idea if he read Ferriss' book!). Long story short, along investigation ensued into why the telecommuting software developer's VPN over at the big V was pointed to China after being discovered through an audit. Long story short - he was outsourcing his work from multiple jobs for only around 50k a year.

Sounds smart to outsource your work for one fifth your wages, doesn't it?

It's smart (maybe) when it's your own activity and you haven't signed corporate agreements governing your behavior in regard to security, proprietary information, products and technology, which you then throw out like baby with the bathwater.

Read the whole story here on the BBC and remember to always be skeptical. If it were that good of an idea - the big V would have already been doing it.

P.S. Hat tip to JV for pointing out such an eloquent example of irrational thought for our learning and entertainment.