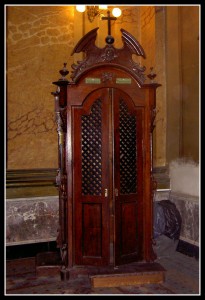 The escalating unemployment rate was overshadowed this week by David Letterman's public confession of sex with female staffers and Penelope Trunk's reproductive tales. It reminds me of the death of Farah Fawcett overshadowed by that of Michael Jackson.

It's on TV right now. Staffer Stephanie's diary is out. Long walks on the Letterman ranch as late as last fall and she was in love. The Orlando Sentinel 's blog just an hour ago calling it "the tweet heard 'round the world" and asking, "Do mommy bloggers reveal too much information?"

Father, father, everybody thinks we're wrong
Oh, but who are they to judge us
Simply because our hair is long
Oh, you know we've got to find a way
To bring some understanding here today

This post could go so many ways. Hell, I could tell you my own juicy bits... but that's not my style. It is Penelope's however.

She does what I call reality blogging and it's just as sensationalistic as its visual counterpart on TV (I don't watch reality TV either). I've heard she's ditzy, I've heard she's smart. One thing for sure is I certainly keep hearing about her and she certainly knows how to get attention. Whether she is a master manipulator, raw master marketer or both, she got what she wanted. There's no doubt that she has created a rock solid personal brand by design or by accident. Either you love it or you don't. I don't think it's by accident...

Guess what? It doesn't matter what we think.

She is self employed and the professional risk she took is her baby. Yeah, if you read the tweet, her blog or the news you get the sick pun. I'm not sure if I feel sorry for her need to publicize the things she does or admire her moxie to brazenly disclose her illnesses, reproductive facts and conditions, or even know if it's real life events or the product of her imagination she blurts out. Everyone has stuff going on with their body, family, mental state. It's the human condition. Maybe because I get that and have my own life to deal with I don't find it interesting to read about hers. Frankly, I think Penelope is looking to call attention to herself more than ever because she's looking for hype about her new product.

I'm more than happy to enable her need for attention by providing the juicy links. I just don't care. What I do care about is that she's happy. And I don't even know her. But if you know me you know that I want everyone to be happy including me. We live in a democracy so if she chooses to make a living by talking about her personal life, there's a market for that kind of product and the money's good, then good for her. We have the choice to read or not.

In 2009 there is equality in new media. Anyone can put their life online.

I feel sorry for Stephanie for getting involved with the emotionally unstable ass of a bf who found it necessary to ruin not only his own life but make her's, Letterman's, Regina's and anyone else's involved a nightmare.

It seems every year on February 13th a ton of articles are published about workplace romance. Then every once in a while you get the odd story that has nothing to do with Valentine's Day timing. Still and all, there is no denying that work is and will always be the #1 place to meet a romantic partner. While many are flingy in nature, some of these romances turn into marriage. According to a 2005 Office Romance Survey conducted by Vault, Inc., 58% of employees say they have been involved in an office romance.

Who do we think we are to try to prohibit the most base human instinct? I understand sexual harassment, unwanted advances AND repercussions for not complying with a boss's wishes. Yes, I personally understand that. It's awkward, uncomfortable and unfortunate that people sometimes do not respect one another enough to take no for an answer and have the ability to move on and maintain a professional work relationship. Hormones are tough buggers to overcome. I consider it a performance issue related to conduct. You can't make the workplace uncomfortable for another employee, period.

Letterman has yet to have complaints against his conduct in the workplace filed against him. I don't know the details and maybe they will be. Maybe he was coercive. Maybe one of his staffers with benefits will see the sweet seduction of money and file something hoping for ca-ching since she didn't get the man. Maybe they won't. Maybe they were completely consenting and he was gentlemanly and not pushy at all. Maybe he and Stephanie glanced at each other across a table one day, locked in that "look" and destiny happened innocently. Maybe any one of those relationships had an actual opportunity to be a real relationship. I simply can't be against that kind of potential fate.

Companies would be much better off to understand human nature and create policies that deal effectively with office romances rather than try to negate them. I understand why they try - it can get messy when lovers are scorned. But it's not realistic to think it isn't going to happen.

Where have we been?

According to an article by Business Management Daily, SHRM revealed that among employers that do set such policies:

Here's to peace and love, Penelope and Letterman, everyone else that has a life and the wisdom to live the one shot we have wisely. Everyone else can take a hike.

P.S. Marvin Gaye will rock for all eternity

well said. thanks for getting that out of the closet.

its is scary how open and viral things can be (or people let them be)!

well said. thanks for getting that out of the closet.

its is scary how open and viral things can be (or people let them be)!

Previous article
What Gruzzles You?
Next article
By the Way, Hire Me