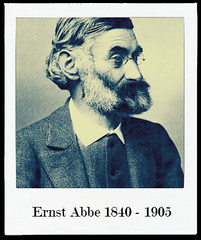 In my backyard is an multinational company that needs to be recognized for being incredible, even under unfortunate circumstances. The SCHOTT glass plant in Duryea, PA, went up in flames and the roof caved in with damages estimated at around 50 million dollars.

Displaced employees gathered at a local fire hall. A guy named Ed Slusser has been there 41 years (not kidding) - he cried, and he wasn't the only one.

How did SCHOTT respond?

Operations Manager Michael Brown publicly thanked firefighters and the community and he talked about the "SCHOTT family" on TV news interviews.

They issued a press release full of gratitude.

SCHOTT Duryea Gives Thanks to First Responders and the Community

SCHOTT North America, Inc. would like to thank all first responders, firefighters, paramedics, and the Duryea Community for their support during the fire that broke out at the Company's premises on Tuesday evening of this week. Departments from Luzerne and Lackawanna Counties were on the scene within minutes and stayed for several hours in frigid temperatures until the fire was fully extinguished. They were supported by many neighbors and local community volunteers who provided food and warming tents.

The Chairman of the Board of Management of the SCHOTT Group, Dr. Frank Heinricht, and the Plant Manager, Michael Brown, expressed their gratitude: We are glad that everybody is safe. The fire companies have done a tremendous job in containing the fire and keeping it from spreading. We are very grateful for their dedication and heroism in dealing with the situation and also for the great support shown to us by the local community.

SCHOTT is diligently working to bring the Duryea plant back to operations as soon as possible. First shipments are going out to customers today. Information Systems are back in operation. The general clean-up is underway. A task force is working on a recovery plan. It is too early to estimate the cost or give a date when the reconstruction will be finished. Brown said. The Company will provide updates as information becomes available.

Staff will continue to be paid until they can return to work, not laid off and sent off to collect unemployment.

I was impressed. I wanted to know more about this company where Ed Slusser has worked for 41 years that produces glass for home tech, advanced optics, defense, architecture, lighting and imaging, and more.

I did some digital digging and what I found was a culture of care and excellence at this German headquartered corporation. Check out the corporate website and you find strong statements of accountability like:

We will not be content until we have achieved a zero-accident rate at all of our units worldwide.

Regardless of the legal requirements, SCHOTT works diligently to maintain the highest standards for sustainable environmental and climate protection, as well as occupational safety.

It turns out that the history of the 131 year old company includes co-founder Ernst Abbe, a German physicist, optical scientist, entrepreneur, and social reformer. Together with Otto Schott and Carl Zeiss, he laid the foundation of modern optics. It was Abbe's distinction as a 'social reformer' and and how that impacted SCHOTT culture that intrigued me.

After the death of Zeiss, he founded the Carl - Zeiss - Stiftung (Foundation) in 1889 to protect the long-term independence of the Zeiss and Schott companies from owner interests and to offer their employees a high level of personal, social and economic security.

Abbe defined the legal rights of the employees in great detail in the Foundation Statute from 1896. Now, these were even joined by protection against dismissal, minimum wages, pay for working overtime, the right to sick pay, assistance in the event of long-term disability, paid vacation, profit sharing, and the right to establish a workers committee as the precursor to today's Workers Council. Abbe limited the number of working hours to nine and introduced the eight hour working day at ZEISS in Germany for the first time in 1900. This took effect at SCHOTT in 1918.

This is not about doing good deeds, it's about granting more rights. - Ernst Abbe

The employee rights that Abbe introduced were completely unique back then. Many of these were even added to general social legislation or collective bargaining agreements later on or became part of German labor law starting in the 1960s. This did not apply to more comprehensive rights such as profit sharing or a company pension, which even today is offered only by those companies who feel a special social responsibility for their employees. - 125 years of the Carl Zeiss Foundation pg. 31

To provide some perspective on how progressive this was for worker's rights at the time in the United States, the Fair Labor Standards Act established the 40 hour week and minimum wage, and outlawed child labor, in 1938.

A long established leader in innovation with progressive leadership has fostered a happy and healthy familial culture. Check out employee reviews on Glassdoor and Indeed and you'll see that negativity is refreshingly absent. I hope the Duryea location is up and running quickly - and that something magical happens to keep those 80 pending lay-offs here in my backyard instead moving them back to Mainz.

Image is in the public domain

Thanks for the history lesson Karla.  I don’t have any personal experience…that I know of…with Schott’s products (although how knows…maybe they are part of the tech I own), but I’ve had several products that used Zeiss optics, which are truly world-class.  In fact I have a few DSLR lens that use Zeiss glass and they are a world apart from some of the other stuff out there.

Hey Steve! All that precision filters down to every level, right to the consumer – thanks for stopping by and your comment =)

Previous article
A Reason to Celebrate!
Next article
Motivational Quotes vs Reality