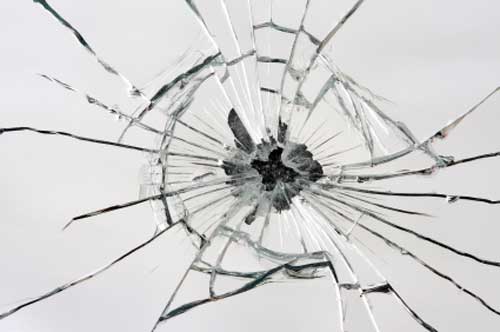 Hanging over my head for the past 4.5 years has been the gnarly cloud of knowledge that 50 was looming over my near future. Sure enough, the future is all too quickly approaching and with just six months left I'm feeling pressure.

I have been told age is only a number, you're as young as you feel, after 50 women are more appealing, you're young at heart and you 'still look young'. This is not the time for niceties. This is a call for action.

The age of 50 is very deceiving. We tend to think of 50 as half - 50%, half a century, half a dollar, etc.. It's way past the half life mark however for the average American woman according to the report, "Deaths: Preliminary Data for 2003," by CDC's National Center for Health Statistics which says is 80.5 years is the average life expectancy for white females - of which I am one.

That means I have 31 expected years left in me... not nearly enough. I now have more things than ever I want to do and less time than ever to do them.I need to defy the odds.

AARP will never, I repeat,neverbe my friend or welcome in my mailbox and it's becoming clearer to me by the day why people desperately want to believe in reincarnation, life after death, heaven, and places like eternal paradise. Because people start to appear on the Grim Reaper's radar at 50 and frankly that's cause for alarm.

Add in comments like the one I heard a few weeks ago from a 20 year old college student I was career coaching, "I don't want to work with old people in their 50's because they're slow" - and though I personally have never felt discriminated against in the workplace for any reason, I can only imagine it's just around the corner. I was safe with sonny boy, he thought I was his mother's age, 38.

So, today when I posted

I am thinking, thinking, still more thinking and cannot stop thinking about turning 50 in 2012. I'm not exactly embracing the concept...

I waspleasantly surprised by the lively, interesting, lengthy and engaging dialog that ensued on women aging ( I can't believe I'm 'aging'). Try as we might to come up with acceptable alternatives we couldn't. With the exception a couple ofconciliatorycomments from men, they largely (and smartly) avoided the thread and left women to try as they may to figure it out.

The US market generates about $50billion of revenue each year in 'anti-aging' products, mainlynutritional, physical fitness, skin care, hormone replacements, vitamins and herbs - while medical experts to include the American Medical Association, state that the use of such products has not been shown to affect the aging process. Desperate suckers do desperate things...

While I wait forRaymond Kurzweil's prediction thatadvanced medicalnanoroboticscould completely remedy the effects of aging by 2030 to come true,Mina Bourqueprovided some respite. She posted two links on the Facebook convo that provided hope.

The first was a piece on the late Andy Rooney, who in all his wisdom factually stated among other truths, "A woman over forty will never wake you in the middle of the night to ask, What are you thinking? She doesnt care what you think".

The second was a film project needing funding by Terry Hardesty on KICKSTARTER, New Wrinkle.

Older workers, nowhere near retirement age, feel the pressure to inject themselves with botox to go on an interview. They fear they will be left homeless because they look "tired" and "frumpy."

I watched the video and immediately donated $25. Terry, I'm counting on you to help me live forever.......

P.S. Seriously now, watch the video and consider helping Terry reach her funding goal - for the good of women everywhere. After all, we have to have each other's backs.